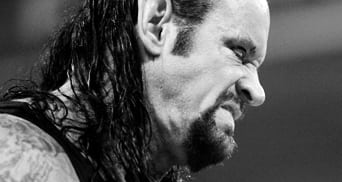 There is a feeling in WWE that something ’special’ needs to be done with The Undertaker for Wrestlemania 26 this year, and more importantly something fresh that the fans haven’t seen before. This is why the potential match with John Cena is being discussed at the moment.

It looks like people are adding their own spin onto the same story, because in the PWInsider snippet there is no mention of Taker health. But they are all dirt sheets so take any news with a huge pinch o salt.

I saw Taker at Nottingham and he was moving fine.

Sounds like someones trying to say that they expect this “new thing” at Wrestlemania concerning taker is for him to lose at Mania due to his health and “winding down” years in the business. I’ve seen almost everywhere that people believe WWE would let Cena beat taker at Mania because hes Vince’s boy.

Personally I think that this info where ever its from is bias against taker. Considering that he is champion and quite honestly looking better every week.

Mayank has said it better than anyone else on the face of the earth “The only person who should beat The Undertaker at Wrestlemania is someone with a streak just as good”…there is no one like the in the WWE or the world, taker will not be beaten at Mania ESPECIALLY by John Cena.

Okay Ive had enough with this whole health thing….. He is world champion…. Really…. He is better then he has ever been…. I konw he isnt soaring across the ring anymore but Thats only because of the wars he has put his body in…. He is still the most amazing wrestler out there…. Next to triple H he is the reason that WWE is still in top leagues of the wrestling buisness… TNA is on the rise and its the work and names of those like undertaker that has kept them up… So, its like this, Back off…. He will let you know when he is done…. He is a smart man and a legend so you need to think more of what you say…. Stop treating him as a “I wish you seen him when I was a kid..” Wrestler and realize he is Still at the top of the yard…. Every main event macth he has been in has been out of this world…. He is still the big dog in the yard and I still havent seen anyone take him out of that spot yet…

Partially the news is right. WWE knows, they must do something different for WM this time. And probably what they will do is sell Taker’s first title defence at Mania. They will sell it in such a way that if Taker loses then he will lose the streak as well as the title. So it’s all or nothing for Taker. That’s the way WWE will sell it.

To make the opponent look stronger, they might push Jericho by making him win the Rumble. As Jericho already teased us before saying that Taker is just a man etc. I think Jericho’s propaganda that the Dead Man is an eye-wash will be made look stronger through promos and cheap shots on Taker. Finally, at Mania, Taker vs Jericho, Taker will win; the streak 18–0.

I don’t see a Taker/Cena bout at WM for now. Because if had it been the case then one of the DX members would have won the championship by now at SS. On the contrary we see a Cena vs Shaemus match at TLC. There is very little chance of a Shaemus win because he has just made his mark in the WWE. If Shaemus is pushed to win the title then what about Jack Swagger?

So we might see Shaemus bully around Cena, telling he will make Cena retire at TLC but would eventually lose to the SUPER MAN! Then again, at RR 2010 Cena will defend the title. So this eliminates Cena’s chance of winning the Royal Rumble. Even if Cena wins the Elimination Chamber he can challenge only the Raw opponent. So as of now, unless something unusual happens in the WWE there can be no Cena vs Taker for WM 26.

As for PWI’s comment on Taker slowing down in the ring — PWI you are a joke — before you even think of making biased comments against Taker, first clean up your website from pop-ups, malaware and spywares that maliciously infects the viewer’s computer.

I don’t know anything about Cena being Vince’s boy, but Mark Calloway isn’t anyone’s boy and, from my understanding, he has the respect of the every guy in the back and he rules the back. (Randy Orton take note-you are no where near Calloway’s level) Vince McMahon is not stupid. He’s not going to let his top selling performer go out any earlier than is necessary because he, Vince, knows how much the fans love the ‘Taker. I think Vince and Taker both will take whatever measures are necessary to ensure the longest career possible. When Mark Calloway/Undertaker gets ready to leave this business, he, and maybe Vince, but he, and he only,will make that decision. Until then, why don’t we all just enjoy the view.

I love the Undertaker always have between him and John Cena they have to most heart of anybody in the WWE. Undertaker has been at it a long time and don’t know that he will be around much longer how much punishment can your body take?