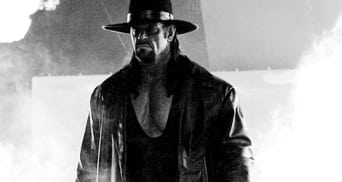 Place real money bets on the WWE at MyBookie.ag! Redeem one of these MyBookie promo codes at https://bettingsitesusa.net/mybookie-promo-code/ and get a risk-free $20 bet!

Member of Wrestling Observer Newsletter Hall of Fame (Inducted in 2004)
Best Heel (1991)
Most Overrated Wrestler (2001)
5 Star Match: Hell in a Cell vs. Shawn Michaels at In Your House: Badd Blood 1997
Feud of the Year (2007) Undertaker and Batista

Word Assocation by the Undertaker

Kane: Awesome
Stone Cold: Intensity
Triple H: The total package
The Rock: Well-rounded
Stephanie McMahon: Ambitious
Hell in the Cell: Paradise
The Dudley Boyz: Tough
The APA: Helling-raising good ol’ boys
The Dark Side: The place I call home
The American Bad Ass: Not just a name, but a way of life

· Undertaker has never lost at WrestleMania. His victories consist of wins over “Superfly” Jimmy Snuka, Jake “The Snake” Roberts, Giant Gonzales, King Kong Bundy, Diesel, Sycho Sid, Kane (twice), Big Boss Man, Triple H, Ric Flair, A-Train, Big Show, Randy Orton, Mark Henry, Batista, Edge and Shawn Michaels.
· Very few people have claimed pinfall victories over the Undertaker the list includes Hulk Hogan, Mabel, Mankind, Bret ‘Hitman’ Hart, Shawn Michaels, Stone Cold Steve Austin, Kurt Angle, Booker T, the Rock, Maven, Brock Lesnar, Matt Hardy, John Cena, Triple H, JBL, Randy Orton, The Great Khali, Edge, Batista, Big Show and Vladimir Kozlov. Mankind and Big Show are the only one to hold a knockout victory over him.
· The Undertaker is the second man to defeat Hulk Hogan for the WWE Championship twice.
· Undertaker used to play basketball and was training to play it professionally. He almost took this career path instead of pro-wrestling.
· As Percy Pringle, Paul Bearer managed Calaway in his first match as Texas Red against Bruiser Brody in WCCW in 1984.
· The Undertaker character was originally called Kane The Undertaker prior to his Survivor Series 1990 debut at house shows, but the “Kane” part was soon dropped, ironically becoming the name of the Undertaker’s half brother.
· His first title reign came in 1991, and lasted only six days, the second shortest at the time, and now only ninth.
· The Undertaker bought his first brand new motorcycle after defeating Hulk Hogan for the WWF Championship at the 1991 Survivor Series. He still has it today.
· From December 1991 to September 1993, Undertaker did not lose a single match. It was the longest undefeated streak of the 1990s.
· Undertaker was on the very first edition of Raw is War (01, November 1993) in the main event against Damian Demento.
· The Undertaker’s facial injury in 1995 was accidentally caused by a blow to the face by Mabel but was staged as the intentional result of a leg drop. This is also the reason why the Undertaker wore a grey mask
· The Undertaker had already faced his onscreen “brother” before he made his debut as Kane. The two men had met in 1995 when Glen Jacobs was known as Unibomb and Dr Isaac Yankem. They also faced each other when Jacobs played the fake Diesel in 1996.
· Undertaker first appeared with the black teardrop on his face when he returned at the Survivor Series 1996, however this was not a tattoo.
· Over the years the Undertaker has had his theme music composed by, Fredric Chopin (Funeral March), Kid Rock (American Bad Ass), and Limp Bizkit (Rollin’).
· Undertaker’s mystical chant used in 1999 during the Ministry of Darkness days, was derived from the 1981 movie Excalibur.
· Undertaker has never officially submitted. (Note: Tapped to Kurt Angle on SmackDown 04, July 2002, at the same time as pinning him. Due to the referees confusion, the match was declared a draw and so ‘Taker has never lost via submission.)
· Undertaker is the longest running actively signed WWE superstar.
· Undertaker, along with Kane, is the only wrestler to hold the WWE and WCW tag team titles at the same time.
· Undertaker gave Tazz the idea of the doing the Keys to Victory (K.T.V) that was used for high profile matches.
· The Undertaker fought in the first-ever Casket Match, Boiler Room Brawl, Buried Alive Match, Hell in a Cell Match, Inferno Match, Biker Chain Match, Last Ride Match and Punjabi Prison Match.
· The best compliment Undertaker has received in sports-entertainment is that he’s much better looking in person.
· The Undertaker has suffered a number of injuries during his career, including a hyper-extended elbow, a broken orbital bone, a broken cheek bone, a broken ankle, a groin tear, a sliced ear, a torn pectoral muscle, a torn right biceps, knee cyst muscle and chronic hip problems.
· It was “The Spoiler” Don Jardine who taught the Undertaker to perfect the “Old School” walk the top rope move.
· Undertaker is part Irish and a quarter American Indian. (He also states he’s pure evil!)
· JR has said he called the Undertaker Booger Red when his hair was its more natural red colour in honor of former University of Texas All American linebacker and Tommy Nobis. JR was instructed by the home office to stop using the nickname.
· Undertaker and John Cena are the only people to ever win the Royal Rumble in the #30 position.
· As well as John Cena the Undertaker is the only WWE Superstar to win the WWE Championship (#13) and the World Heavyweight Championship (#23) at WrestleMania.
· The first time that Undertaker wore a Leather Vest Overcoat was in New Haven, CT on 09, December 1996.
· The Undertaker is the only man to defeat all members of Evolution at WrestleMania.
· As part of Raw’s 15th anniversary, the Undertaker was voted the greatest superstar in Raw history.
· WrestleMania XXIV is the only time the Undertaker has won WrestleMania and a Heavyweight Championship via submission.
· Undertaker has been in more Hell in a Cell matches than any other wrestler, totalling 12.
· Paul Bearer’s nickname for the Undertaker is “Wendy” because of his natural red hair and freckles like the little girl on the Wendy’s logo
· Undertaker is allergic or has a phobia of cucumbers – he once threw up in a Waffle House when he came back to find his ice tea had a cucumber in it.
· Undertaker was against the concrete crypt idea that was used to cement Paul Bearer at the Great American Bash 2004.
Undertaker was voted as the Greatest Legend of WrestleMania in 2009 by the public on WWE.com.
The Undertaker had competed 159 matches in Raw

Read reviews of the best USA casino sites at casinositesusa.com and find out where you can bet on the WWE!

You can bet on the WWE at the Bovada Sportsbook and when you make your first deposit, you can get get up to a $1,250 bonus! Learn more about the Bovada bonus code offer HERE! Find more betting bonus codes at BonusPromoCode.com.