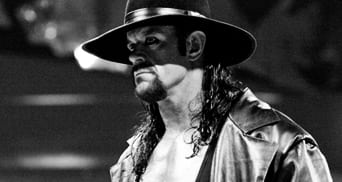 Of course, the surprise return of The Undertaker was HUGE and seemed to add the exclamation point to what seemed to me to be a surprisingly strong Summerslam that my lovely wife thought rivaled Wrestlemania. Nothing at Summerslam could have topped the Undertaker-HBK match for me based on my long history with both me but from a female viewers standpoint I can easily see where the Mrs is coming from.

That sure was surprise return. I was so so happy to see The Undertaker come back. When I saw the lights go out, I knew what was coming. My favorite wrestler is back and ready for action. I am glad he is back.

the matches that were put together and some of which were very good and plus a very strong and unexpected return from the the phenom himself made this a very good paper view. plus wwe was actually able put together a good return without making it obvious which allowed the undertaker’s return that more exciting. usually there are signs on the titantron and a huge build towards the undertaker’s return but they planned out this return very well in my mind making it unexpected which i like alot better than a huge return that is set and planned for people to wait for.

finally the Deadman is back and i am excited for a new and fresh rivalry which we have never seen before between the undertaker and CM Punk. Hopefully we will see a new champion in the name of The Undertaker! and CM Punk will Rest In Piece!!!!!!!

Yea..Taker is back in the saddle again..may the Dongs begin..I would like to say that during Bret Hart years being the man.. Taker diffenetly has been for years being this genration of Hulksters & Bret Hart. He that legend that man for this decade. Just larger then life like Hulk & Bret Taker was & still is

Yeah! Also when I saw the lights flickering I was ecstatic. I actually didn’t expect him to come out. I thought WWE would just leaving the lights flicker then end the show. But still, I was glad it happened. Finally. The wait is over. And now CM Punk vs. Undertaker!!! Haha! Next stop : World Heavyweight championship!

Don’t get me wrong i am pleased to see Taker back however when was the last time a heel went out on top on a main event paper view standing there with the belt raised high as the show closes down? CM Punk i am lead to believe is next in line for the big push so why have him taken out by your best superstar? Ok i understand that Jeff wants time out and fair play to him but there must have been someone else Taker could have come back and haunt! Or is this once again the WWE creative team scraping the bottom of the barrel to come up with new feuds that have not happened before, and before the next big push happens Vince changes his mind and lets his old favourites win Taker, HHH, HBK. As i said i am pleased Taker is back but WWE won’t be doing this with him in ten years from now so who will be the next Taker, Stone Cold, Rock if they don’t start making someone now and pushing them the right way. Why not CM Punk Vs MVP? or Matt Hardy Vs CM Punk up till Surivor Series Matt seeking the revenge for his brother that had his butt whipped these are just quick thoughts in my head what does everyone else think?

Ok so why spring Taker on him straight away? Why not give Punk a winning streak up till Survivor Series as champ with him complaining that no one can beat him and hes so straight edged and brilliant by doing it his way etc etc. I believe by doing it this way not only will WWE be raising his profile as the next big thing to hit wrestling it will also build more value in the feud with Taker when it happens because he has had a faily substantial title run, look what they have done with Randy Orton. By Punk only just winning the title everyone will want Taker to beat him straight away hows that building his profile as the next main eventer? I agree that he needs this push but i also have a horrible feeling that Punk will be pushed down the same road as Mr Kennedy, we will give you the feud but there will be NO passing of the torch!

Hey, I think I will be speaking on the behalf of all the Undertaker fans that there is no need to tell people to shut the fuck up and that they dont know what they are talking about. Its rude and absolutely uncalled for. Everyone just be happy that the undertaker is back and in full force ready to be champion!!! One of the unwritten rules about commenting on someplace like here is never belittle or insult people over a comment. if you disagree with the comment, say so respectfully