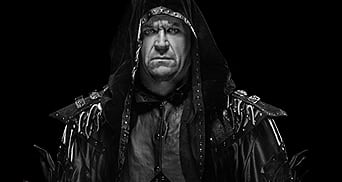 JR updated the Q&A section of his site. Not surprisingly, he got a good amount of Taker questions, which are shown below:

caseypelsinger Asks: JR.. I would like your thoughts on something RE Taker at Mania. Since pretty much everyone knows wrestling is predetermined. Do you think Taker’s opponents should be chosen based on who fans could believe might actually be given the nod to beat to him? I agree with you that he should never lose, however, there are certain people…. Cena, Bryan, etc. that I could see an argument being made for. The biggest now would be Punk… I could see Punk saying he would come back if he could break the streak… So there would be some level of believablility to the idea that he might lose. With Lesnar, he has lost to most of the top guys already and he is a part timer to works a half dozen days a year. I can’t even fathom an argument for why he should win. So I think he is a bad choice. What are your thoughts?

J.R.’s Answer: Hmmm…perhaps this matter is being over analyzed. Just a thought. Let the build play out and don’t judge the matches on today’s creative.

Mr. X Asks: I love good matches! But I also like unknown outcomes in matches. Don’t get me wrong the Undertaker is good. And I appreciate what he has accomplished and done for the WWE. But isn’t it time to stop the streak matches at Mania? I mean 2 of the best in the biz(HHH and HBK) both failed on 2 seperate occasions. So after that does anyone really believe that anyone else will ever beat the streak? Now matter how much build up, or how good the match is each year, it would be more believable if the outcome wasn’t known ahead of time. Your thoughts?

stjames7x562 Asks: Good evening, JR. I am thinking that John Cena should be The Undertaker’s final Wrestlemania challenge. I feel that it would be a great story, should Undertaker be the one to challenge John Cena because he wants to end his career on a high note by defeating the face of the company. Do you agree that this would be a great send-off for the Deadman?

J.R.’s Answer: I have thought about Taker a great deal lately and I could see him hanging it up after WM32 if it is Cowboys Stadium and Taker facing Cena for the WWE Title in a retirement match. The Streak vs. the Championship and Taker retires win or lose.

JR’s got better questions before than the one that was asked by caseypelsinger. I agree with JR. The user’s over analyzing and doing so too early. Today’s creative aren’t worth being judged because they are clearly not good enough for anyone to spend time judging them. Just my opinion.

The second question is as repetitive as the retirement/health status talk. I’ve spoken many times in length regarding my feelings on The Streak. Everyone who knows about The Streak has repeatedly given their thoughts about it.

The third question is the one that really got my attention. JR pretty much stated what I said – Taker should face Cena with the Title on the line and retire as the World Champion. JR says Taker should retire, win or lose. But IMO, Cena’s not beating Taker. HHH couldn’t HBK couldn’t. And both are better than Cena.